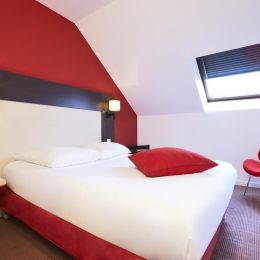 Discover our 3-star hotel located north of Rouen in the commune of Mont-Saint-Ai... 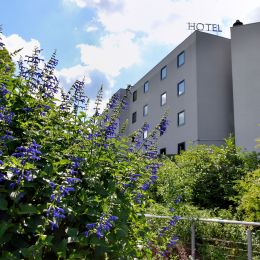 Located between the hospital and the Faculty of Medicine, the Brit Hotel Le Rela...

Offers and Promotion
Let's go
Hotels
near the hotel
From
€56,00
Essentiel 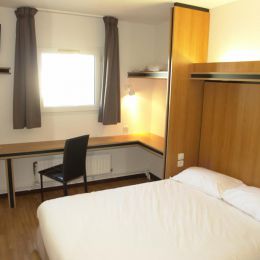 Your stay in Rouen

Our hotel in Rouen welcomes you all year long for a nice trip to Normandy!

Rouen was targeted by many bombings during World War II but also greatly developed during the industrial revolution. Throughout the centuries, the city kept the authenticity and charm that make it one of the most beautiful French cities.

The right bank of Seine river is truly emblematic of Rouen’s glorious past, while its left bank is the part where you’ll find many buildings that date back to the industrial era.

During the Hundred Years’ War, the city played a major role: Joan of Arc was put in prison and burned to death on Rouen’s place du vieux marché.

The Brit Hotel Rouen Centre is ideally located to visit Rouen’s main historic monuments: right at the heart of the city center, so you can go explore the city with your family or friends.The Notre-Dame de Rouen Cathedral is without a doubt the number one place to see: this 151-meter-high building is France’s highest cathedral. Built in a gothic style between the 11th and 16th centuries, it is also renowned for its magnificent stained glass.

Other touristic sites in Rouen include the Pierre Corneille Museum (located in the house where he was born and used to live until age 56), the Ceramics Museum, as well as the old quarter and its lovely timber framing houses.

Whether you’re traveling with your family or friends, you’ll have a wide choice of activities during your stay at the Rouen Brit Hotel! Cinemas, bowlings, leisure parks, biking trails…

The possibilities are endless, so go on and start booking your trip right now!